A story from Howard read by Theodore Bikel!

A greeting from Howard Schwartz
Thank you, Howard!

This link leads to a story of mine, "The Lost Menorah," read by Theodore Bikel. It starts at 34 minutes. The rest of the radio show is beautiful Hanukah music.

http://minnesota.publicradio.org/display/web/2013/11/26/candles-burning-brightly
click on audio link under the photo and scroll right to 34 minute mark
Posted by JSC NEWS VIEWS AND SHMOOZE at 2:45 PM

A Greeting from Eva!

A Greeting from Eva!
Thanks, Eva!

I'd love to share my Chanukah Rap on the Blog:
https://www.youtube.com/watch?v=oLXwbUzrB9o
Posted by JSC NEWS VIEWS AND SHMOOZE at 1:57 PM

THIS JUST IN From Israel

THIS JUST IN From Israel

The Council for Higher Education in Israel has recognized the IFA (Israel Folklore Archives) as part of the  National Research Infrastructure of Israel. This is a major development for folklore and folklore studies in Jewish scholarship. May Dov enjoy the good aroma in heaven.

Source: Dan Ben Amos via Peninnah Schram......Thank you, dear reporters!!
Happy Chanukah and Happy Thanksgiving to all!
Posted by JSC NEWS VIEWS AND SHMOOZE at 2:19 PM

Peninnah Does Stand Up Comedy November 17!

If you're in NYC Nov 17, check out the new Jewish comedy stand up! Our very own Peninnah Schram will be doing interfaith comedy Sunday Night! Peninnah, you should make the Daily Show soon!
Sunday Nov 17, 2013   5-7 pm
In the social hall fo the church of St Paul and St Andrew> 263 W 86th St (between Broadway and West End Ave.  RSVP: ashleigh@mcnny.org

Posted by JSC NEWS VIEWS AND SHMOOZE at 11:44 AM

(Strangely, this "post" disappeared into cyberspace and has recently been requested. This is the entry from October 7, 2013)

We are terribly saddened to learn of the passing of Professor Dov Noy (1920-2013), emeritus professor at the Hebrew University and one of the great pioneers of the study of Jewish folklore. He was a recipient of the Israel Prize.
Professor Dov Noy was the major figure in the renaissance of preserving and perpetuating the Jewish oral tradition in the 20th century. While he has published many books and important essays (including the entry “Folklore” in The Encyclopedia Judaica), his two main contributions are: 1) he applied an international classification system to Jewish traditional narrative; and 2) he established the Israel Folktale Archives. In the first case, Dov Noy (under the name Neuman) wrote his doctoral dissertation in folklore at Indiana University and created a “Motif-Index of Talmudic-Midrashic Literature.” When folklorist/scholar Stith Thompson republished his Motif-Index of Folk-Literature (1955-58), “he in turn incorporated Noy’s motifs, thus placing the Jewish traditions in a world-wide context” (Richard Dorson in Noy’s Folktales of Israel, 1963, p. xii). In 1954, Noy established the Israel Folktale Archives and Ethnological Museum at Haifa University. Presently, this archive contains over 24,000 folktales, classified according to tale types and motifs, country of origin, informant, etc. These folktales have been collected from all the various ethnic communities who live in Israel.  On average, the archives currently receive between 100-200 new folk narratives annually.

The Israel Folktale Archives (IFA), named in honor of its founder Professor Dov Noy, was established in 1955. Two principle motives led to their establishment. Firstly, to collect, save and document oral folk narratives passed down over the generations by newly arriving immigrants, and veteran Israelis alike, from numerous ethnic and cultural backgrounds; and, secondly, to systematically research these folk narratives using modern scientific methods.

The archives were originally part of Haifa’s Museum of Ethnology and Folklore headed by Abba Khoushi.  Prof. Dov Noy managed the archives until 1983. They were later transferred to the University of Haifa where they are presently housed. IFA has the largest collection of Jewish folktales in Israel and the world over. The folktales, the way they are narrated, and the changes introduced into them are recorded, classified and sorted by the archives. IFA initiates folktale research in concert with Israeli and foreign research institutes, and publishes scientific editions from its collection.
The IFA plays an important role in advancing the cultural heritage of Israel’s many ethnic communities, and in encouraging open dialogue between cultures and ethnicities.

To learn more about the IFA, go to the English section of the website:
http://ifa.haifa.ac.il/index.php?option=com_content&view=article&id=2&Itemid=18 Contributors to this tribute include Peninnah Schram and Bonnie Greenberg.
Posted by JSC NEWS VIEWS AND SHMOOZE at 11:36 AM

What's Susan been up to? 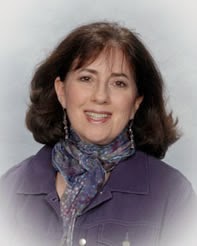 Yiddishkayt
Tales from Then and Now 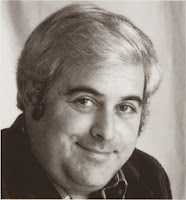 THE MAGIC OUD
by Howard Schwartz

In Memory of Dov Noy

Dov,
you brought back the merchants trading tales,
the grandmothers whispering buba mayses,
brought back so many fairy tales
told by the stove,
warming so many generations.
If all the storytellers are silent,
who can blame them?

Even now,
the wonder child sheds tears in her sleep--
how will the prince vault over the silence
and recover the shining jewel
that could save her?
And the boy awaiting the bird of happiness
is still stranded in the desert,
with no hint of how to find his way
to Jerusalem.

Dov,
the princess trapped in the golden mountain
needs the spell
you learned from a magic oud,
the winds need someone who knows their language,
the storytellers are parched for the waters
of eternal life.
It was you who recovered the golden dove
we lost in the desert,
and now we have lost you.

Posted by JSC NEWS VIEWS AND SHMOOZE at 12:00 PM

Check out the websites for details/ordering information.

Posted by JSC NEWS VIEWS AND SHMOOZE at 8:17 PM